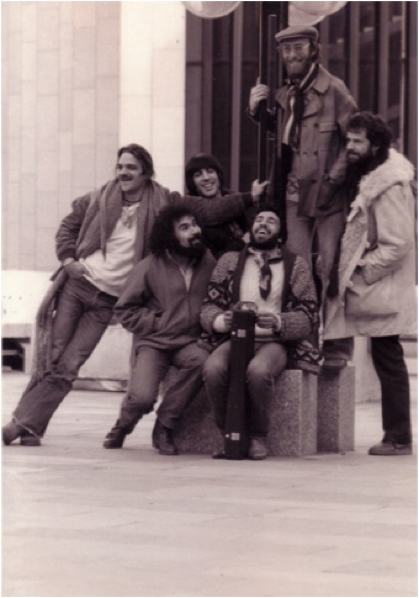 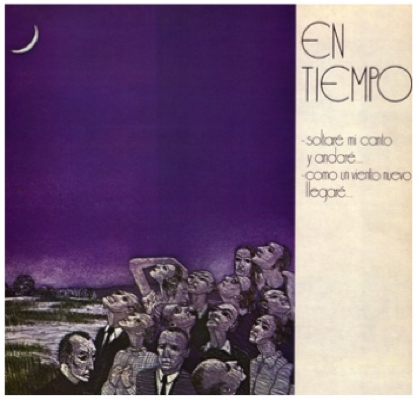 As the result of some lucky coincidences “En Tiempo” emerged in Norway.

It all started with the musical encounter of Ricardo Benelli (Uruguay), Luis Maria Gambolini (Argentina) and Svein Hansen (Norway), which led to a concert held in March 1979 at the Munch Museum in Oslo.

The musicians where here featured as a solo act. The response received was surprisingly positive, and as a result the possibility of releasing an album was discussed.

During the weeks succeeding the concert, the musicians strongly felt the need of a bass player – one who eventually  could adapt to and add strength to the structure of the music. Then Kristian Røstad joined the group and the band emerged into its present shape.

In the beginning of June 1979 everything seemed ready for the recording of the album to start. The time was pressing, and the different musical possibilities were discussed.

Now one of the lucky coincidences earlier mentioned occurred.

A quartet, headed by Agustin Pereyra Lucena, three of the members being Argentineans, were on a highly successful  tour in Norway.

The meeting which took place between Luis and his fellow country men, developed into a solid friendship between the members of the two bands. A common desire of cooperating on the project, evolved.

Thus the three Argentineans were invited to join in the recording sessions. The result of this is primarily the rich experience gained through several days of hard work.

Friendship and camaraderie were the factors that prevailed, – and that, – at any rate, – made possible the crystallization of the project. The intentions were to offer the European public a testimony of Latin American art at its present stage. This has now been carried out, – and this is the musical result.